Hey guys!  I can't tell you how excited I am to be part of the reveal for the second book in J.A Souders' Elysium Chronicles, Revelations.  I found out about it totally last minute and was lucky enough to grab one of the last few spots left.  But I know you don't want to hear me rambling on, so I'll just leave you to stare at the cover. ;)  Enjoy! 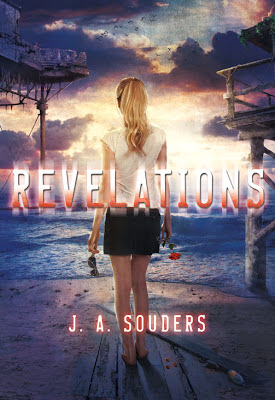 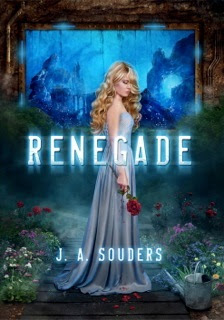 Since the age of three, sixteen-year-old Evelyn Winters has been trained to be Daughter of the People in the underwater utopia known as Elysium. Selected from hundreds of children for her ideal genes, all her life she’s thought that everything was perfect; her world. Her people. The Law.

But when Gavin Hunter, a Surface Dweller, accidentally stumbles into their secluded little world, she’s forced to come to a startling realization: everything she knows is a lie.

Her memories have been altered.

Her mind and body aren’t under her own control.

And the person she knows as Mother is a monster.

Together with Gavin she plans her escape, only to learn that her own mind is a ticking time bomb... and Mother has one last secret that will destroy them all. 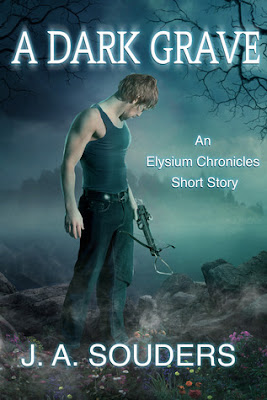 There is only one place forbidden to the people of Gavin's village; the island just off the shore, rumored to be haunted. Cursed.

All who venture to the island disappear.

But Gavin doesn't believe in such things. He is a hunter; since his father's death, he is the only one who can provide for the family. Silly rumors of ghosts aren't going to stop him from crossing the dark waters to the island in search of fresh game... 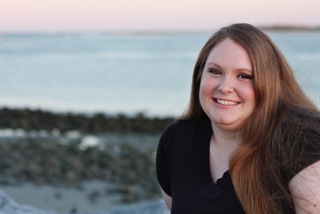 About J.A. Souders:
J.A. Souders was born in the heartland with an overactive imagination and an overabundance of curiosity that was always getting her into trouble. She first began writing at the age of 13, when she moved to Florida and not only befriended the monsters under the bed, but created worlds for them to play together.
Because she never grew up, she decided she’d put her imaginary friends to work and started writing. She still lives in the land of sunshine and palm trees with her husband and their two children.
Where you can find J.A.
Website | Blog | Twitter | Goodreads | Facebook
THE GIVEWAY!!!
J.A is hosting a giveaway of a signed hard copy of Renegade, an e-copy of A Dark Grave (for those that don't have it, of course) and signed copies of Article 5 and Breaking Point by Kristen Simmons. (US/CAN)

INTERNATIONAL entrants can win e-copies of Renegade, Article 5 and Breaking Point.
a Rafflecopter giveaway
Posted by Aa'Ishah at 07:00